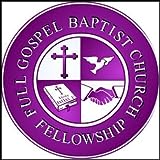 Final World Empire & One World Church by Barry R Smith Including: Historical world empires and the EU. The scarlet woman of Revelation. Mary, the mother of Jesus – blessed of God, but not Divine, and more… Recorded in 2002 Known for relating current events to Bible prophecy, he didn’t like the title of ‘prophet’…simply, he wasn’t one. Barry called himself a talker – who gave a commentary of world events and Bible prophecy. Antichrist, false prophet, demonic government, divinity of Mary, Revelation 17, last days, Jesus, Yeshuah, New Zealand, prophecy, He wasn’t loved by everybody – some accused him of scaring people into the Kingdom of God – he maintained that going to hell was scary, but that the alternative, the gift of God, was brilliant – and that people could always readjust their motives later. Out of the pulpit – Barry was a real character. He didn’t just talk about being a Christian, he was one. Those who knew him personally knew him as a humorous, funny man – always laughing or speaking about Jesus! His favourite verse – John 3:30, “He must increase, but I must decrease.” unknown