Distributed by WMG “Golden Eyelids” by Lost In The Trees from their new album ‘A Church That Fits Our Needs,’ available now! Order at www.anti.com Lyrics As a color she’ll rise From the water A golden light Wanders with The birds Where have you been? What have you seen? All the peace When you come Following I’ll tell it’s worth it all Your voice sings red Behind your golden eyelids Are drawers of your hair But no tears now that Your cancer is fed Your soul shielded Your voice sings red My twins were born Far too early Cut out and laid In a bed of heat Lead me from this dark house With your gold fingers Turned this wicked touching Into a golden church Please tell me it’s worth it all Your heart beats red Behind your golden eyelids Float with birds in your hair No words That your mouth left unread My arms are your bed Your heart beats red You have such a good heart For wandering Al the peace when I come following You told me it was worth it all My eyes see red Behind your golden eyelids Beyond the last words you said I’ll follow All my flown away kids Let your arms be our beds And my eyes see red Anti Records Official Website: www.anti.com Anti Records Online Store: www.kingsroadmerch.com Anti Records Facebook: www.facebook.com Anti Records Twitter: twitter.com Anti Records Blog: www.antilabelblog.com Anti Records Tumblr: antirecords.tumblr.com Trying to get shots of the spire, but trees in the way.

Views of the stained glass windows on this side of the churchyard.

Various graves in the churchyard. 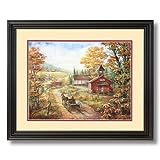