Amebix – The Church Is For Sinners Lyrics: The pulpits standing empty, the congregations left Because to qualify for piety they had to pass a test How much roughly is your god worth to you? And if he said lay down your life for me could you give that too? And will they never understand That the future is in man The priests, when told of starving kids, look on in mock dismay While thinking of new ways by which to make religion pay Money from mass misery? There’s nothing wrong with that The church holds out a bloodstained hand to pass around the hat By the pricking in my thumbs Something wicked this way comes 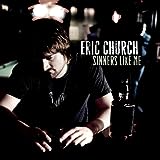 Rarely does a singer/songwriter reveal as much honesty and assurance as Eric Church does on his debut album. Musically and lyrically, “Sinners Like Me” is this young North Carolina native’s sonic autobiography–bone-rattling country rockers that speak of his roots and upbringing, reflective story-songs that reveal a songwriter wise beyond his years, and above all, an artist who knows who he is, and brings all his passion, intellect and talents to this debut project.Newcomer Eric Church, the pride of Granite Falls, North Carolina, arrives with his first album–on which he wrote or co-wrote all 12 cuts–as a man worth watching. Sinners Like Me puts down roots in traditional country, and judging from its first single (“How ‘Bout You”), Church might seem like a modern-day Charlie Daniels, crowing about blue-collar pride and covering his heart “when they fly that red, white, and blue.” But several songs show him to be acutely aware of class lines and how the country is divided more into haves and have-nots than red and blue, and Church is no jingoistic redneck. He doesn’t shy away from controversial subjects–the capital punishment of “Lightning” and the casual sex/pregnancy of “Two Pink Lines” may bring Steve Earle to mind–and his thoughtful, sensitive, and well-crafted songs, delivered in a hard-bitten baritone, show him to be as much poet as patriot. If “Pledge Allegiance to the Hag” (featuring a cameo by Merle Haggard himself) seems a bit too easy a reach, “The Hard Way,” about the kind of regrets that forever haunt one’s dreams, finds this Church spreading the much-needed gospel of honor and accountability. An impressive debut. –Alanna Nash 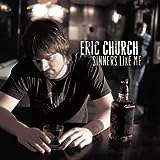