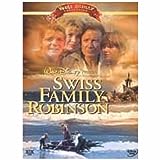 the movie is used but good

Bishop Gene Robinson announced to New Hampshire’s diocesan convention that he will retire at the end of 2013. It appears as if the decision was made primarily due to the negative attention he has received from all over the world since his historical election in 2003. The reason for the lengthy time period, he explains, is to allow for what he refers to as “a smooth and unhurried process of transition, for the diocese and for (himself).”
Video Rating: 4 / 5

Gene Robinson on his book God Believes in Love: Straight Talk About Gay Marriage www.randomhouse.com “My friend, Bishop Gene Robinson, has long been a voice for equality—not with anger or vitriol, but with compassion and faith. He has been guided by the simple precept that we should do unto others as we would have them do unto us.” — President Barack Obama From the Bishop of the Diocese of New Hampshire in the Episcopal Church, the first openly gay person elected (in 2003) to the historic episcopate and the world’s leading religious spokesperson for gay rights and gay marriage—a groundbreaking book that lovingly and persuasively makes the case for same-sex marriage using a commonsense, reasoned, religious argument, made by someone who holds the religious text of the Bible to be holy and sacred and the ensuing two millennia of church history to be relevant to the discussion, equally familiar with the secular and political debate going on in America today, and for whom same-sex marriage is a personal issue; Robinson was married to a woman for two decades and is a father of two children and has been married to a man for the last four years of a twenty-three-year relationship.
Video Rating: 4 / 5

Musician Hugh Robinson dies at 73
WHITEHAVEN music leader Hugh Robinson, who died on October 13, was a public figure throughout West Cumbria as well as a quiet, unassuming man devoted to his wife and family.
Read more on Whitehaven News

Abandoned Church to Become Music Studio
An abandoned church in East Austin will soon become the site of a new music studio. However, some neighbors are upset at the proposed change.
Read more on FOX 7 Austin

TURN IT DOWN: A survey of Lansing’s musical landscape
American roots music is often thought of as having a strictly traditional vibe. Sunday at Mac’s Bar, four acts will showcase examples of edgy, on-the-fringe roots music. Rachel Brooke will perform her old-time, acoustic country tunes, all by her lonesome.
Read more on City Pulse

Robinson will step down as bishop of N.H. in 2013
Bishop V. Gene Robinson, whose consecration as the first openly gay bishop in the Episcopal Church set off a historic rift in the global Anglican Communion, announced to his New Hampshire Diocese yesterday that he intended to step down.
Read more on Boston Globe

First gay Episcopal bishop to retire
CONCORD, N.H. (AP) — The first openly gay Episcopal bishop is retiring in three years. New Hampshire Bishop V. Gene Robinson said Saturday he would step down in 2013 partly because of the stress on him and his family from the worldwide backlash to his election.
Read more on KOIN News 6 Portland