Prelude: The Best of Charlotte Church 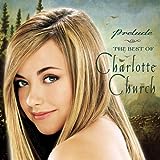 Need more evidence of the record industry’s obsession with youth? Consider that budding Welsh diva Charlotte Church was a ripe, old 16 when this, her first greatest-hits anthology was released. Spanning her first four releases, as well as some outside collaborations and unreleased material, this 18-track collection underscores the soprano’s seemingly boundless potential–as well as some potential career obstacles ahead. Her crystalline, still-maturing voice is best showcased on classically oriented works like Andrew Lloyd Webber’s “Pie Jesu,” Franck’s “Panis Angelicus,” and her now-ubiquitous rendering of Delibes’ “Flower Duet.” She also excels on folk traditionals such as “She Moved Through the Fair” and “My Langan Love.” But overwrought productions like the already-dated “Dream a Dream” and “Habanera,” a faux-flamenco take on Bizet, nearly get the best of her. Still, her promising duet with fellow young phenom Josh Groban on “The Prayer” and her mature, dreamy reading of A Beautiful Mind‘s “All Love Can Be,” as well as strong performances on the previously unreleased “It’s the Heart That Matters Most” and “Bridge over Troubled Waters,” are ample evidence of her potential for rewarding pop crossover–if she doesn’t retire by 21. –Jerry McCulley