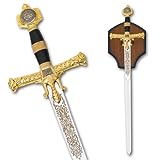 Church refuses to install plaque over missing C
ST. CATHARINES — A dispute over the date of Harriet Tubman’s birth means a plaque honouring her as a person of national importance has been in storage since 2005, because members of the British Methodist Episcopal Church in St.[…]
Read more on Niagara Falls Review

Church in Mexico trying to confront ties to drug traffickers
PACHUCA, Mexico — The large orange chapel here, with its towering cross, would be just another Roman Catholic church if not for a bronze plaque announcing that it was “donated by Heriberto Lazcano Lazcano” — better known as “the executioner,” commander of the ruthless crime syndicate called the
Read more on Contra Costa Times

Church Recognizes ‘Bold Women’s Day’
As the saying goes, “fortune favors the bold”. One area church honored local women who used their faith to boldly give up their time for others without asking for anything in return.
Read more on YNN Rochester

It has been said many times that the people of Cleveland don’t stick together. It’s been assumed that they don’t support each other. T-N-V Productions will take that very thing that has been negative and turned it around.

The “Unity Plaque” represents the strength and backbone of T-N-V Productions and the movie Man Cry www.mancrythemovie.com . It is the steppingstone to the future of prosperity for the city of Cleveland. Many people are acknowledging this breakthrough and have already seen what good can come of this project. Some of the most important social figures in the city of Cleveland have already signed off in support and their names will be featured on the prestigious plaque. Just to name a few of those who will be commended are Mayor Jane Campbell, Frank Jackson (City Council President), Pastor Willie Gary (Senior Pastor Kingdom Community Fellowship Church), Roberta Mancini (Executive Director Women’s Community Foundation), Kevin Conwell (Councilman Ward 9), and Terrence Spivey (Artistic Director of Karamu House). With their support will come others and so will the reinforcement of Cleveland as a major city in the U.S.

This is the start of something big and things are already enhanced as T-N-V Productions makes enormous strides for its beloved city. Man Cry is just the beginning of what is sure to be a great success as it is already bringing the people together for what will be seen as a major rejuvenation and inspiration for the City of Cleveland. It is essential that all of Cleveland grasp the importance of this revolution. CEO’s Joey Ruffin of T-N-V Productions and Lolita Darlese Swain of Visible Lyrics Record Company www.visiblelyrics.com are proud to present Man Cry, a movie about real life and the “Unity Plaque” which confirms all those who truly believe in the union of their hometown.