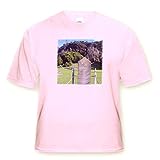 Outside Jesus Christ the Saviour Church (1) Outside Jesus Christ the Saviour Church (2) Image by ell brown
Was walking along Fleet Street towards the Strand, and I found this statue of Samuel Johnson. It is outside the church he was a regular member of the congregation of St Clement Danes.

It was a gift and the handywork of Percy Fitzgerald and it was erected by the Rev S Pennington – Rector os St Clement Danes in 1910.

The statue is Grade II listed. It is bronze on a marble plinth.

Saved by Jesus Outside the Church?

As a writer of religious articles I from time to time get people who comment on what I have written.  One comment that is becoming somewhat common after two and a half years of writing is the idea expressed that organized religion (the church) has nothing to do with salvation.  All that matters it is claimed is whether or not one has a personal relationship with Jesus.

I do not know where this “personal relationship with Jesus” language came from for if you type in the phrase in any online Bible concordance you will not get a single return for the phrase is manmade and not found in scripture.  I am not fond of terminology that cannot be found in scripture.  Why not express biblical concepts in biblical language?  Why not use language like “faith in Christ,” “love of God,” and other scriptural language one can readily pop up in a Bible concordance search?

Scripture is what counts, not what a man says, so what does scripture say?  It says that “the Lord added to the church daily those who were being saved.” (Acts 2:38 NKJV)  This is the church of which Jesus said, “I will build my church” (NKJV) in Matt. 16:18.  If you are saved you cannot help but be in the church for the Lord does the adding at the time one obeys the gospel and he adds only the saved and none who are not saved.  You do not join the church, though many have the misconception they do, but if you obey the gospel in all sincerity of heart the Lord adds you to his church.  This adding is to the church universal which consists of all true Christians all over the world wherever they are found and consists both of the living and of those now dead but who died as faithful Christians.

If you desire to be saved by the blood of Jesus but stay out of the church you are out of luck.  In Acts 20:17 Paul called for the elders of the church of Ephesus and then encouraged them in Acts 20:28 to “shepherd the church of God which he purchased with his own blood.” (NKJV)  This church had an actual earthly existence in the city of Ephesus in an organized body of saints (Christians) over which these elders were to shepherd.  In the book of Ephesians Paul says “Christ also loved the church and gave himself for it” (Eph. 5:25 NKJV) which is to say he died for it.

Let me ask you a question here.  Could you have lived in the city of Ephesus as a resident back in those days and been saved by “a personal relationship with Jesus” while not a member of the church there, the church over which the elders were to oversee or shepherd?  In his letter to the Ephesians Paul said to them, “In him we have redemption through his blood, the forgiveness of sins.” (Eph. 1:7 NKJV)  Who is the “we” in that passage if not the church (the brethren) there?  But, we know that the brethren there were an organized body overseen by elders (Acts 20:28).

In Heb. 13:7 we read, “Obey those who rule over you, and be submissive, for they watch out for your souls, as those who must give account.” (NKJV – see also Heb. 13:7, 24)  Who are these men?  It is the same men whom Paul gave Timothy the qualifications to set them in the church as bishops (a bishop and an elder are the same person in the New Testament).  He said, in part, “If a man does not know how to rule his own house, how will he take care of the church of God?” (1 Tim. 3:5 NKJV)  What is the point?

It is this – Christians are to be in organized bodies (congregations) overseen by men Paul was speaking of which the Bible calls elders, bishops, shepherds, and overseers (all one and the same referring to the same men and the same work).  How does the man who claims to be saved by “a personal relationship with Jesus” separate and apart from an organized body of believers (a congregation) obey the injunction given him to obey and be submissive (Heb. 13:7)?  By refusing to join in with fellow disciples in such a body he separates himself from them and disobeys God.

The truth is every Christian is a living stone (see 1 Peter 2:5) in the spiritual house of God both in the universal church and the church on the local level if he is living faithfully.  The church is made of individual members called by Peter “living stones” which he says “are being built up a spiritual house, a holy priesthood, to offer up spiritual sacrifices acceptable to God through Jesus Christ.” (1 Peter 2:5 NKJV)

There was no such thing in the New Testament as a Christian living separate and apart from a local congregation when such a congregation existed.  Certainly, the apostles traveled around along with other evangelists and were not tied to a specific location but when they were in a locality and a congregation was established there it is obvious they made themselves apart of it.  One cannot read the New Testament and deny that.  They did not try and live off by themselves apart from the brethren and claim no fellowship or association with them.

Since one is not required, according to some, to be a member of a local congregation, an organized church as it is often put, what does one do with the epistles written to these churches?  Does the messages contained therein not thus apply to us since we can be saved it is said by “a personal relationship with Jesus” separate and apart from the church?  Can we just toss these epistles away?

To whom did Jesus have John write to in Revelation chapters 2 and 3?  Was it not to the angels of the 7 churches of Asia?  The messages were meant for 7 churches.  We can learn from them even today but at the time they were specific to 7 congregations or churches.  Read those two chapters.  You will see some churches were in pretty bad shape but Jesus was still interested in them.  However, we are told today the church doesn’t matter.  It mattered to Jesus so why does it not to you who believe all that matters is a “personal relationship with Jesus?”

It is a sin to try and be saved by a personal relationship with Jesus separate and apart from the church (from the brethren).  “Let us consider one another in order to stir up love and good works, not forsaking the assembling of ourselves together, as is the manner of some, but exhorting one another, … for if we sin willfully after we have received the knowledge of the truth, there no longer remains a sacrifice for sins, but a certain fearful expectation of judgment, and fiery indignation which will devour the adversaries.” (Heb. 10:24-27 NKJV)  One who thinks he has a personal relationship with Jesus while ignoring his brethren and thus being

Alan Root: Saturday Morning All Week Long! Volume 2: Kidstuff From the Outside Edge

Six song videos for older kids: God is Great; Jesus Loves Me; News 2 Nite; Creation Song; Thanks to you AND bBeyond/Farthest Star