Roman Inc. is delighted to unveil Christ’s StoryTM Beaded Bracelets. Each bead and charm on the bracelet represents a part of the story of Christ’s life. The beautiful packaging explains the meaning of each bead and charm. Beautiful warm colors adorn this newly introduced version of His Story. NEW IN 2011!

First Christian Church: exterior view of the facade of the sanctuary building, bell tower, and “Large Arch” sculpture by Henry Moore from the northeast Image by Penn State Libraries Pictures Collection
Title : First Christian Church
Creator : Saarinen, Eliel; Saarinen, Eero
Creator role : Architect
Date : 1941
Current location : Columbus, Indiana, United States
Description of work : "First Christian Church (1941), originally named Tabernacle Church of Christ, is one of the first Modern religious buildings in America and the first Modern building to be constructed in Columbus. Nationally recognized at the time of its construction, it had an impact on church design in the post-World War II era. First Christian Church was one of two churches designed by the firm of Saarinen and Saarinen, consisting of Eliel Saarinen and his son Eero. Saarinen answered questions about the suitability of a Modern design for a religious building by saying: ‘Our forefathers and we ourselves have been using the dead styles of alien cultures. We have combined them in thousands of different ways until the last drop of expressiveness has been squeezed out.’ Many believe that First Christian Church is a synthesis of the father’s and sons work, and of their independent approaches: Eliel’s focus on materials, craft, and relationship of the building to the user; and Eero’s Modern aesthetic. In 1941, Time Magazine described the building as, ‘the costliest modern church in the world, planned by Europe’s most famous modern architect and his son.’ Newsweek, in 1942, noted, ‘In style, the new Tabernacle is utterly unlike the seventeen other churches in Columbus or, for that matter, in almost any other city in the world.’" (Source: "National Historic Landmarks Program: First Christian Church", tps.cr.nps.gov/nhl/detail.cfm?ResourceId=1695315809&R…, Accessed June 8, 2009) For an exhaustive description of the building, including pertinent history, the architect’s biography, and bibliography of evaluative articles, please refer to the National Historic Landmark nomination form submitted for the building available at www.nps.gov/history/nhl/designations/samples/in/1stchris.pdf
Description of view : Middle distant view across the Cleo Rogers Memorial Library plaza showing the sanctuary building and the 166-foot high bell tower. The sculpture pictured in the foreground, reminiscent of the large standing stones at Stonehenge, is a work entitled "Large Arch" by the English artist Henry Moore.
Work type : Architecture and Landscape
Style of work : Modern
Culture : American
Materials/Techniques : Wood
Stone
Source : Pisciotta, Henry
Date photographed : April 2009
Resource type : Image
File format : JPEG
Image size : 2304H X 3072W pixels
Permitted uses : This image is posted publicly for non-profit educational uses, excluding printed publication. Other uses are not permitted. For additional details see: alias.libraries.psu.edu/vius/copyright/publicrightsarch.htm
Collection : Worldwide Building and Landscape Pictures
Filename : WB2009-0106 ColumbusIndiana.JPG
Record ID : WB2009-0106
Sub collection : religious buildings: churches
Copyright holder : Copyright Henry Pisciotta 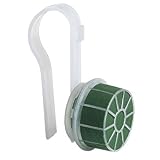 LOMEY Pew Holders have a foam filled cage which is welded to a clip for a secure hold of floral accents to church pews or seating areas, the plastic clip expands to securely attach to various pew or chair widths.

Question by sagehawk0685: What are some fun games that can be played with large groups?
I am organizing a large church activity for about 100+ young adults (18-25). I organize at least one of these a month and I am running out of ideas. In the past we have played dodgeball, ultimate frisbee, etc. Any suggestions?

Image by maury.mccown
This is a tilt-shift, fake miniature of our church auditorium. This is also my view from the stage. 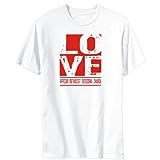 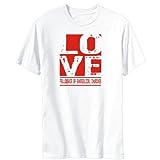 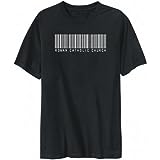 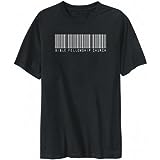