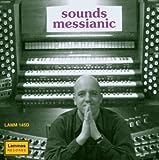 Olivier Eugene Prosper Charles Messiaen was born on 10th December, 1908, in Avignon, France. He was the son of Shakespearean scholar Pierre Messiaen and poet Cécile Sauvage, and as such was destined to become one of the most influential composers of the twentieth century.

His musical genius manifested itself at an early age. He was ten years old when he received a score of Debussy’s Pelléas et Mélisande, and was profoundly affected. He knew then that he was meant to be a composer. He began studying at the Paris Conservatoire at the remarkably young age of 11, and continued his formal training there until 1930. Among his famous professors were Dukas and Dupré. His first published works Le Banquet Céleste (The Heavenly Banquet) for organ in 1928 and the Eight Preludes for Piano in 1929, already displayed his interest and influence of ancient Greek modes and the meters of Greek verse.

Though his parents were not religious, Messiaen claimed that he was ‘born a believer’. His faith was the cornerstone of his life. He gave his playing and his prodigious output of compositions to the glory of God. The Nativity, the Transfiguration of our Lord, the Resurrection, the Ascension of Jesus Christ and the hope of mankind in the afterlife were the religious themes to which he was most attracted.

He also had a passion for the natural world that God had made, particularly for birds, which he claimed to be ‘the finest musicians on the planet’. Many of his works are dedicated to reproducing the unique songs of birds. Along with the aforementioned birds and ancient modes, he was influenced by the music of India, as catalogued in Sanskrit writings on melodic shapes and rhythms, and Asian music and form, particularly from Japan. He incorporated all of these elements into his compositions. In short, he created a unique musical language using these influences, which can be appreciated in his chromatic modal scales, rich textures, and striking use of rhythm. One of the most unusual aspects of his music was his perception and use of colour. Messiaen had a rare neurological ‘gift’ called synesthesia, which is the blending of two different senses. The majority of synesthetes describe seeing colours that correspond to letters and numbers, but Messiaen saw colours that corresponded to music. He used this ability to compose sounds just as a painter uses paint to produce pictures. He said, ‘I think (and see) complexes of sound that correspond to complexes of colours. A complex of ten or twelve sounds, for example, may correspond to a red flecked with violet with orange streaksthe same sound complex always engenders the same colour complex, which is reproduced in lighter shades in high octaves and in darker shades in low octaves. But if the sound complex is transposed by a semitone, one tone, a third, a fourth, or a fifth, the colours change.’ This phenomenon of synesthesia is actively being studied in many Universities, including an ongoing study at the University of Waterloo in Ontario.

At the age of twenty-two he finished his studies at the Conservatoire, and was appointed Titular Organist for La Sainte Trinité (Holy Trinity) in Paris, a position which he held for life. This Church houses a magnificent Cavaillé-Coll organ which, constructed in the French tradition, was created to reproduce symphonic sound. He composed many pieces specifically for this organ including Les Corps Glorieux (The Glorified Bodies), heard on this recording.

After his marriage in 1934 to violinist Claire Delbos, he wrote pieces expressing a new theme, the joy of family, such as Poèmes Pour Mi (Poems for Mi), Mi being his pet name for Claire, and Chants de Terre et de Ciel (Songs of Earth and Heaven), written after the birth of their son Pascal in 1937.