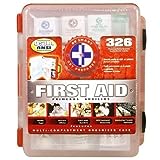 Question: Do Churches Do Anything To Help Haiti In This Disaster? Yes & Yes (Two Examples And More) By Peter Menkin

This writer entered into a discussion with an acquaintance friend in San Francisco’s Bay Area, and the surprising question Does the Church do anything for Haiti, donate money or such to help with the disaster?

How shocking. Of course, churches of various denominations make donations of various important kinds in money, aid, direct help, and even in action for larger economic questions. Though my acquaintance and this writer had neither time nor other mutual interests to enter into a fuller conversation, this article is an attempt to name just two ways Haiti is helped by churches.

Needless to say, shocked by my acquaintance’s ignorance, it occurred to me that others might not realize that so many Christians make an effort of large measure to help those in need experiencing and living with a natural disaster. Haiti is a significant focus of this kind of activity and concern. Organized religion does and has responded.

The Presbyterian Church USA has a hospital in Haiti and just recently that denomination announced: “Hôspital Sainte Croix (Holy Cross Hospital) and an affiliated nursing school in Léogâne, Haiti, have been approved to receive a 0,000 grant from Louisville-based Presbyterian Disaster Assistance (PDA).”

In a specific way, denominations work together. The grant request was sent to PDA, and the much-needed funds were approved within two hours. The hospital and nursing school are ministries of the Episcopal Diocese of Haiti and have been a major focus of Presbyterian Church (U.S.A.) mission in Haiti. Léogâne is near the epicenter of the Jan. 12 earthquake and both facilities sustained serious damage.

Here is a quote from the Presbyterians:

“We’ve been told by our Episcopal partners in Haiti that despite the damage, the nursing school began operating as a makeshift hospital within a half-hour of the quake,” said Randy Ackley, PDA coordinator. “In addition, nursing students have established 10 first-aid stations around the main part of Léogâne. The people on the ground are working hard to help one another and this grant is one way we can support their live-saving efforts.”

News media have reported that 80 to 90 percent of the buildings in the main part of Léogâne were destroyed. The PDA grant will support electrical power and distribution needs, water and sanitation facilities, fuel for generators and vehicles, and salaries for local staff involved in the cleanup.

This is specific, ongoing, hands-on, on-the-ground and at-the-scene help that includes significant coordination and work and a significant sum of money.

Gifts by congregations and members sent to the Evangelical Lutheran Church in America (ELCA) for response to the earthquake in Haiti total more than .7 million through Jan. 29, according to ELCA Treasurer Christina Jackson-Skelton. Nearly 16,000 individual gifts have been sent to the ELCA, she said.

Politico-Economic matters are being raised by churches, and The World Council of Churches (WCC) recently joined with their many church voices to request cancellation of Haiti’s foreign debt. They say:

An “immediate and full cancellation” of Haiti’s foreign debt would be “only an initial step”, as the quake-stricken country needs a broader “plan to support recovery, poverty eradication and sustainable development”.

In fact, as part of the January statement, general secretary Rev. Dr Olav Fykse Tveit has called on the international community to cancel Haiti’s foreign debt.

The WCC press statement offers a genuine stance of economic reform of this kind of aid, in a concerted effort by its members to take action on the world stage:

In addition to debt cancellation and short-term emergency relief, Haiti needs “reconstruction and sustainable development in the medium and long term.” But “any financial assistance should come in the shape of grants, not loans that would burden the country with more debt”, the WCC statement says.

Haiti, the most impoverished nation in the western hemisphere, is also a heavily indebted country. In spite of having had some 1.2 billion US dollars of foreign debt written off last June by international financial institutions, the country still owes some 641 million US dollars to multilateral banks and countries. This year Haiti is scheduled to pay some

10 million US dollars to the International Monetary Fund.

As a caption to the picture of a woman feeding a child in this story, WCC offers a strong remark: “Obliging Haiti to make debt payments at the expense of health care, education and other critical social programmes is illegitimate.” The photo is by Paul Jeffrey/ACT.

In the second picture is seen: A survivor of the earthquake engaged in cleanup efforts in the Port-au-Prince neighbourhood of Belair. Photo: Paul Jeffrey/ACT.

The World Council of Churches is a fellowship seeking unity, a common witness and Christian service. The WCC brings together 349 churches, denominations and church fellowships in more than 110 countries and territories throughout the world, representing over 560 million Christians and including most of the world’s Orthodox churches, scores of Anglican, Baptist, Lutheran, Methodist and Reformed churches, as well as many United and Independent churches. While the bulk of the WCC’s founding churches were European and North American, today most member churches are in Africa, Asia, the Caribbean, Latin America, the Middle East and the Pacific.

As an end note, the Evangelical Lutheran Church of America reports, The Haitian people are “living with hope,” says Louis Dorvilier, a member of the churchwide staff of the Evangelical Lutheran Church in America (ELCA).  He said despite many difficulties for
survivors of the Jan. 12 earthquake, Haitians living in temporary shelters can be heard singing and worshipping — similar to eyewitness reports of other ELCA members in Haiti in the days after the disaster.

This series of facts on Haiti is published by WCC: