New Creation Church No One Else.
Video Rating: 0 / 5

From New Creation Church Singapore, I Sing Hosanna Album A sample song of one of the anointed song by NCC worship leaders Vocal by Adeline For purchase of th…

Opening video and song for UCC Worship Night 10/16/09 Our click-track ended earlier than the recording, so apologies for there being nothing at the very end. Video:Storm Davis Music:Fellowship Church New Creation 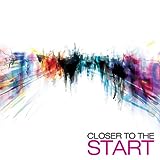 “Creation or Evolution? Does It Matter?” will be the topic of a free seminar led by Dr. Jerry Layton and his wife Donna Layton at the First Baptist Church of Ferndale, WA, on the evening of June 3, 2006, beginning at 7:00 PM.

Since 1999, Dr. Layton and his wife have taken their 2-hour Creation Science PowerPoint Symposium into more than 200 universities and public schools in the Philippines, usually speaking to very large audiences. They have been warmly received in 2 major universities in Thailand, where Dr. Layton also appeared on National Education TV Network in an interview and presentation.

Last July the Laytons trained their first group of Filipino Creation Science Presenters who are now giving seminars all over the Philippines. The seminar shows the weakness of evolution in light of recent evidence for intelligent design in all of nature, and presents Intelligent Design Theory or Creation Science as approaches which contribute more to research and better explain our origins.

The Laytons will be expanding into other Asian countries next year, training nationals as well as other missionaries having science backgrounds. Outside the United States there is a growing awareness and concern among educators over convincing evidence refuting evolution theory, especially in countries which still allow integration of religious instruction in schools. In America, professional articles considering Intelligent Design Theory have recently started appearing in some professional journals, reflecting the concern of many state school boards wanting to present scientific alternatives to evolution-based theories.

Plan to attend this informative seminar on June 3, 2006, beginning at 7:00 PM at First Baptist Church of Ferndale, WA. The church is located at 5759 Vista Dr, Ferndale, WA, 98248. Plan to arrive a few minutes early as seating will be limited.

For more information about the Laytons and their work you can log on to Dr Jerry Layton.

Fellowship Church has a new CD being released this fall. New Creation is a song featured on said album. Dex Alexander is on lead vocals with the amazing band of Fellowship Church Grapevine,
Video Rating: 4 / 5