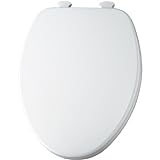 Church premium seats add a dramatic new dimension to style and fashion. These seats are engineered with careful attention to every detail. Highest quality, sleek, timeless design from Church.

Closed for the Season Has the Church Closed the Doors to the Glbt Community: What Would Jesus Do (wwjd)?

Has The Church Closed The Doors To The GLBT Community:

Follow-up: What Would Jesus Do (WWJD)?

I ended my first article on this topic saying that I believe Jesus would have befriended members of the GLBT community and only after getting to know them would He have ever told them He didn’t accept their lifestyle. At this time, I want to further that thought and delve a bit deeper into the actions of Christ during His time on earth and explore how He treated other, shall we say, diverse parts of society in His time.

In the story of the Samaritan woman, John, Chapter 4, Jesus was traveling with His disciples from Judea to Galilee. His disciples were not pleased when they ended up in Samaria and told him, “surely you made a wrong turn” for Samaria was a part of the House of Israel that most Jews wanted to avoid due to “less than honorable” citizens there (Higgs, 2004). What must be understood here is that the Samaritan woman, named Sychar, was what we now call a slut or a tramp. It must also be understood that there was a very well known well in Samaria, Jacob’s Well, and it still stands today in the Middle East. The journey from Judea to Galilee was long and the weather was hot. In Bible times, they didn’t have canteens they could put water in to carry along with them. Travelers depended on wells such as Jacob’s well for survival during long journey which could only be made on donkey, camel, or by foot.

Further, even though they were able to find the well, they still had nothing with which they could draw water from the well. Seriously, how many foot travelers would carry a bucket or a cup on a string with them? So, even though Jesus and his followers found the well in the less-than-desirable neighborhood, they were still required to interact with folks from the community in order to quench their thirst. The story is set at approximately 12 noon, the hottest part of the day; Jesus and the disciples had been traveling all morning in the rising heat.

According to author, L.C. Higgs, this is the longest conversation Jesus had with anyone throughout the whole Bible. It is meaningful, then, that it is with a Samaritan and with a woman. It must also be noted that this woman came to the well in the heat of the day to gather her own water. She, the Samaritan woman, was such a social outcast that she didn’t even gather at the well with the rest of her community. Yet, here we have Christ, in the flesh, asking her for assistance. He doesn’t just ask for water and leave her alone, or as he well could have, He didn’t demand a water pot, use it and leave. He hung out there and engaged her in conversation.

Finally, it needs to be noted that Jesus was alone with her, this woman of questionable morals. His disciples went on into town to buy food. How many people today would allow their significant other, their child(ren), or a dear friend to receive assistance from a prostitute or other vagrant member of society, indeed have a friendly conversation with them, and leave them totally alone with that person? No one I know, that’s for sure.

Jesus, knowing the customs of the day, saved the woman’s embarrassment by telling her to go get her husband and come back. He would then continue the conversation with them both. According to Higgs, the unsaid and understood statement was that Jesus knew she wasn’t married, but also wanted the woman to know he didn’t view her as a hussy for living with her man. Jesus received her reply that she wasn’t married and commented on the fact that He knew she had been married five (yes 5) times, and at the moment she was shacking up (Higgs, 2004, Gospel of John, Chapter 4).

Even by today’s standards, a woman who has been married five times and then co-habitates with a sixth man, is viewed poorly by her community and society as a whole. What was He thinking? He was being a friend. He was not viewing her by the sum of her faults, but instead, looking at her as a human being who needed love and support where she was in life, not where He could see she needed to be.

This is only one story from the Bible that shows the compassion of Christ. I have read the Bible. I have been devoutly religious for my entire life. I have seen the evolution in the Christian community that began by speaking out against those who lead GLBT lifestyles. What I haven’t seen is the compassion that true Christ followers (the definition of Christian – those who pattern their life after Him, or are followers of Him) are demanded to have.

Now I may not be the smartest Biblical scholar, but I don’t read anywhere that it says love everyone except those whose sexual orientation you find fault with. Indeed, Christ also spoke on what our treatment of those we find with sin should be. It is the story of the woman who had committed adultery. Adultery is defined as “sex between a man and woman who are not married.” Again, society still attaches a stigma to this act today, but I digress.

The story tells how the religious leader of that day brought this woman to Christ and asked what should be done with her for her sin (unlawful act) of adultery. Jesus answered them saying, “Let him who is without sin cast the first stone.” And according to the Gospel of John … Jesus then said, “Neither do I condemn thee: go and sin no more.” He told He didn’t criticize her or publicly attack her, making a spectacle of her. He just told her calmly, patiently, lovingly, don’t do it again.

Jesus sat and ate with the sinners; He went to a tax collectors home to eat. Even while hanging on the cross, being crucified, Christ still forgave and asked His Father to forgive those who did it to him, explaining that they just didn’t realize the severity of their actions. The only time the Bible records Jesus treating anyone roughly was when there was buying and selling inside the temple (church) found in the Gospel of Matthew. He tore the place up in anger, and even then, He still loved the people; He was angry with their behavior. Jesus was all about love and forgiveness.

Mainstream religion today doesn’t love, doesn’t forgive, or even tolerate. It has become all about pushing their own agenda and keeping their coffers full. A prime example of this is the way the Catholic Church has played hide and seek with their pedophile priests. If they were so against deviant sins, they would have castigated their own for these hideous crimes; instead they chose to send a message that said they condoned the behavior by reassigning the priests to new parishes and keeping the whole problem covered up for as long as they possibly could. This behavior essentially gave the Pedo-Priest a whole new congregation of lambs to lead to the slaughter and tells the rest of the world, “Do as we say, not as we do.”

I cannot say whether or not members of the GLBT community are true Christians or not. That is between each person and their God. What I can say for certain is that I do believe that mainstream religion has closed their doors and turned their back in a very non-Christian manner to the whole of the GLBT community.

You can read more of my writing at either of the links below.

Has the Church Closed the Doors to the Glbt Community?

Has The Church Closed The Doors To The GLBT Community?

Are GLBT accepted in mainstream religion, or have they been pushed aside because of their difference in values and sexual orientation? According to Bill Shepson in his 2001, Charisma, article, not only have they been pushed out of mainstream religion, further, they have been defrocked. Shepson says, “The gay denomination–founded by defrocked Church of God (Cleveland, Tennessee) minister Troy Perry in 1968 and boasting a membership of more than 32,000–is the largest of the gay church networks, all of which are small compared to traditional mainline, evangelical or Pentecostal-charismatic denominations. Statistics are not even available for most gay churches outside the UFMCC” (Shepson, 2001).

From the statement, “Statistics are not even available for most gay churches outside the UFMCC” can it then be supposed that their isn’t a large enough GLBT Christian population to gather statistics from? Or, is it, that they feel so abandoned by the mainstream Christian groups that they have retained their faith, but in turn abandoned their own religious practices?

Shepson claims that “The church… has treated those who struggle with homosexuality differently than it does those who deal with issues that are more easily understood. Some Christian leaders believe the church often does more harm than good because of its aversion to dealing with issues that make people uncomfortable” (2001).

It is this writer’s belief that the majority of churches base their views on GLBT on the passage in Leviticus 18:22, which says, “You shall not lie with a male as with a woman; it is an abomination…” and again, in Leviticus 20:13, “If a man lies with a male as with a woman both of them have committed an abomination; they shall be put to death; their blood is upon them.” I have attended churches believed this. Such churches expected the GLBT to change their ways before coming to church and did not accept them the way they were and meet them where they were at in their religious walk.

It is the personal opinion of this writer that all churches need to meet every person who comes through the doors where they are in their own religious walk. Every one talks about the “WWJD” theme… if they were really acting as Jesus did, they would love them through their faults and accept them the way they were. Only after befriending them, then, if you find a difference in belief systems, I truly believe Jesus himself would speak to them with love.

You can read more of my writing at either of the links below.