Top-rated miniseries! Academy Award(r) winner Robert Duvall (1983 Best Actor in a Leading Role, Tender Mercies ) and Academy Award(r) nominee Thomas Hayden Church (2004 Best Performance by an Actor in a Supporting Role, Sideways ) star in this moving Western drama. Set in 1897, Print Ritter (Duvall) and his estranged nephew Tom Harte (Hayden Church) become the reluctant guardians of five abused and abandoned Chinese girls. Ritter and Harte’s attempts to care for the girls are complicated by their responsibility to deliver a herd of horses while avoiding a group of bitter rivals, intent on kidnapping the girls for their own purposes. Classic Western action takes center stage in this dramatic miniseries! “ACADEMY AWARD(r)” is the registered trademark and service mark of the Academy of Motion Picture Arts and Sciences. “Emmy”(r) is the trademarked property of the Academy of Television Arts and Sciences and the National Academy of Television Arts and Sciences.The lives of two stoic cowboys and five abused Chinese women become intertwined in Walter Hill’s sprawling miniseries Broken Trail. Print Ritter (Academy Award winner Robert Duvall) and his nephew Tom Harte (Thomas Haden Church, Sideways) agree to deliver a herd of 500 horses from Oregon to Wyoming. Along the way, they rescue the young women–most of them still just girls–who’re being transported to a brothel to have their virginity auctioned off. When the madam sees she is about to lose the girls, she screams at Tom, “What about my property?” He shouts back, “That’s the price of being a capitalist, lady.” Unable to overcome the language barrier, Print assigns numbers to the girls. Number 3, Sun Foy (Gwendoline Yeo, Desperate Housewives) is the most fearless and perceptive of them. Though the others don’t want to be called Number 4–an unlucky numeral in their homeland–Ye Fung (Olivia Cheng), the most tragic of the group, doesn’t care. Targeted for her beauty, she finds herself unable to overcome the trauma. The number suits her, in her mind. Along the way, Print and Tom rescue Nola Johns (Greta Scacchi), the proverbial hooker with the heat of gold, who was forced into prostitution after her husband died.

The cinematography is gorgeous as the camera sweeps over the lush landscape (the Canadian Rockies subbing in for wild West of the late 1800s) and Hill does a formidable job of pacing this 3-hour drama with just the right balance of dialogue and action. For Duvall, Broken Trail is the last piece to his Western trilogy, which started with the miniseries Lonesome Dove followed by the feature film Open Range. He is instantly likeable as a father figure and the viewer never doubts that his intention for the girls is honorable. As for Haden Church, he has never been as appealing as he is in this role. Gruff and flawed, he softens when he exchanges shy glances with Sun Foy. The trek is long and hard and the unlikely band of travelers will face much hardship. If not as satisfying as the rich, detailed Lonesome Dove, Broken Trail makes up for it with a wonderful storyline and some fine acting by all involved. As for the conclusion, it may surprise some viewers who are expecting a more traditional version of the happy ending. –Jae-Ha Kim 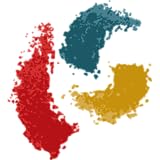 His Broken Body: Understanding and Healing the Schism Between the Roman Catholic and Eastern Orthodox Churches

A comprehensive, objective, scholarly and yet easy-to-read presentation of the differences, both historical, theological and liturgical between Roman Catholicism and Eastern Orthodoxy. The ideal complement (or even antidote) to such books as Upon this Rock; Jesus, Peter and the Keys; Two Paths; Popes and Patriarchs; The Primacy of Peter; etc. Discusses Peter’s Primacy and Apostolic Succession, Ecclesiology, Infallibility, the Filioque, Divorce, Celibacy, etc.