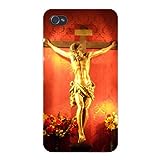 New York City: Take a Bite out of the Big Apple

Take a bite, or many bites, out of The Big Apple.  So we took the New Jersey Transit to New York City. The modern coach bus goes to the 42nd Street Port Authority. The Port Authority is one of the many hubs of ground transportation in NYC. Most of your major bus companies are located there and you can make connections with almost every subway line via a walking tunnel to Times Square. The rail hubs are Grand Central Station, connected by subway shuttle from Times Square, and Penn Station, a two-stop jaunt on the subway. The subway system in Manhattan is the quickest and most efficient form of transportation on the island, with stops within four to six blocks of each other. The system used to be confusing with many independent lines designated by different letters: IRT, BMT, etc. Today the various routes are designated by colors and either numbers or letters. A map shows all of the routes and their connecting points. The subways system today is very easy to follow. It is also safe, contrary to some people’s perceptions. Here are a few little known facts about the system. The tunnels go at least eight stories below the ground. There are miles of mazes even under the tubes themselves, where the homeless have made their homes. On one of the lines from Manhattan to Queens, the tracks literally ride on water under the East River. Even engineers do not know how to correct the problem. The money collected at the ticket booths is sent by a special train which travels the system. The trains are very long, at least ten cars in length. Most of the cars have benches along the sides, which leaves most of the car for standing room. There are three exits on each side of the car, which allows quick entrance and egress. The riders are called strap hangers, because they hold on to straps hanging from the ceiling while riding.  The newer cars post the next stop on signs in the car. Some even have a map of the route and the present location of the car lit up on the map.

The city of New York consists of five Boroughs: Kings (Manhattan), Queens, Bronx, Brooklyn, and Richmond (Staten Island). All of the boroughs are connected by subway or train or bus, except for Staten Island which is serviced by the famed ferry. More about the different areas when we visit them.

Went for desert at Café Lalo, where part of the movie “You’ve Got Mail” was filmed. Then we walked up Broadway to Fairfield Market, a few blocks South of World famous Zabars, a grocery and kitchen appliance store (but so much more: an experience). I was surprised by the variety of fresh produce and meats, fish, and poultry and relatively low prices. The aisles are very narrow in the store, due to the fact that space is at a premium in Manhattan. Buy an unlimited Metro Pass, .00 for the week, and hop on a Downtown bound bus on Broadway. Downtown means towards the Battery, the Southernmost point of Manhattan.

Uptown is Northbound and Cross-town is either to the East River(East Side) or the Hudson River(West Side). What a wonderful and safe way to see the city. We passed by Columbus Circle, the edge of Central Park, Julliard, Lincoln Center, the Theater District, and of course glitzy vibrant Times Square. The bus then turned East on 42nd Street and passed by the Public Library, Grand Central Station, and ended at The United Nations Building.

As long as fate brought us there, we toured the famed United Nations building. Mati from Senegal in Western Africa, was our tour guide and was very knowledgeable about the workings of the UN. It is not the paper tiger that some people claim it is. It is a real forum for all of the nations of the world to discuss mutual concerns: military conflicts, land mines, disease, hunger, trade, etc. Perhaps the real tigers are the ones who want to control the other nations or make huge profits by fostering these problems. Some of the Chambers were in use, namely the Security Council, and the Council for Economic and Social Justice. They were in session.

The Lexington Avenue bus goes further Downtown. Along the way we passed Chinatown, the Bowery, Little Italy, skirted Greenwich Village, and ended at city hall. There are so many different types of restaurants in NY that you could eat at a different one every single night and not repeat yourself for your entire lifetime.

Today we rode the subways. First we went Uptown to the Northern tip of Manhattan to Tryon Park and the fort. This is the highest point on Manhattan, overlooking both the Hudson and the East Rivers. At the northern most point of the park is The Cloisters Museum. This unique museum consists of five medieval cloisters rescued from buildings being demolished in Europe, along with chapels and numerous artifacts. Some of the statuary was being used as scarecrows by farmers, while others were found in junk piles. One outstanding room is the Unicorn Tapestries, which tell of the hunt, death, and resurrection of the unicorn-a symbol of Jesus Christ. The tapestries contain over one hundred different species of medieval plants woven into the stories. They are just breathtaking not only from their beauty but also from the textures of the weave.

We went back to Times Square and then hopped on the route #7 subway to Queens and Flushing Meadows, the site of the 1963 Worlds Fair with its massive sculpture of the world. On either side of the train station are Shea Stadium, home of the NY Mets baseball team and Arthur Ashe Stadium, site of the US Open Tennis Tournament. Back on the train to Times Square and on to W route to Coney Island at the tip of Brooklyn. We ate a Nathan’s World Famous Hot Dog. It cannot compare to a Chicago Vienna Hot Dog. The amusement park was closed, open only on weekends while school is in session. The Cyclone, their famous roller coaster, had just closed up. Thank our growling stomachs for this lack of timing. It is open daily from 12:00 to 4:00. The coaster does not look like much. But looks are deceiving. This baby shakes, rattles, and rolls. I wanted to see if it still gave me the same thrills as the last time I rode it in 1963. But that was to be for a later day, which never came.

This day was reserved to visit the grand dame of New York City, the Statue of Liberty. Taking the train to Battery Park at the lower tip of Manhattan, we purchased our tickets at the Castle Clinton, once a fortress guardian for the harbor, then a concert venue (the American debut of Jenny Lind), then an immigration port of entry, and now the ticket office for our lady. Circular in design, it is only fitting that one must pass through a fortress to gain access to greet the great lady. On the fifteen minute boat trip to Governors Island it is easy to imagine the awe and deep feelings of overwhelming joy of the millions of immigrants who first envisioned her while sailing through the Verrazano Narrows into New York Harbor. The statue, donated by France over one hundred years ago, stands on another fort, one of five which guarded the harbor. The pedestal rises eleven stories and the lady herself stands one hundred fifty-one feet. Once again security is very tight and visitors are not allowed either in the museum, on the pedestal, or into the crown. But just being in her presence was as said in Hebrew, “Dayenu” (It would have been enough).

Embarking on the boat again we went to Ellis Island, built in 1892 to process the great flood of immigrants. Both of our ancestors arrived before that date, so they might have come through Castle Clinton, AKA, Gardens or a different port of entry. Charlie Walker was our Ranger tour guide. Once a drill instructor, he has a voice to match. He also missed his calling to the stage, because the tour he gave was more of a living presentation with a cast of characters than a boring recitation of facts and figures. He definitely loves his job. The experience of Ellis Island was reserved for passengers in steerage class. Remembering the movie “Titanic”, steerage was the lowest of the low. The passengers in first and second class were processed on board ship. After they disembarked, the ship proceeded to Ellis Island. There the steerage class ran the gauntlet of the eyes of the inspectors. I was reminded of the pictures of the holocaust where the prisoners were “selected”. If you walked funny, protested, or looked frail, your clothing was chalk-marked for further inspection and processing. Many of these people were fleeing tyrannical regimes and were terrified of uniformed men. Here in America they were being ordered about by more men. Families were separated, while the processing took place- men on one side and women and children on the other side of the room. The good news is that the process generally took less than five hours and only 2% of the twelve million immigrants were deported back to their home lands. The ones who remained took the trains Westbound out of New Jersey or stayed in NYC, digging the subways or other back breaking jobs.

Arriving back at Battery Park we walked to Broadway. At the entrance was the sculpture of the Peace Globe which stood in the World Trade Center Plaza. Miraculously it withstood the tragedy and is now at the foot of Broadway being kept vigil by an eternal flame. Although damaged, the globe still stands for peace in this world.

Walked through the financial district, which looks like a war zone, barricades and armed police patrolling the area. Our goal was Federal Hall at the corners of Nassau, Broad and Wall streets. Federal Hall was the first capital of the United States. Here Washington was sworn in as president and the Congress met. The building has long been torn down. In its place is a Neo-Classical designed building, Parthenon-like exterior and Pantheon-like interior. Used as a customs house and then as a depository for US gold reserves