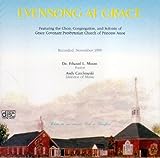 Image by The Library of Congress
Detroit Photographic Co.

More information about the Photochrom Print Collection is available at hdl.loc.gov/loc.pnp/pp.pgz This is the Clopton Chapel. In here is the tomb of Joyce Clopton and her husband George Carew Earl of Totnes. Also in here are effigies of William Clopton and his wife Anne.