Image by leithlightingfan
B listed by Historic Scotland in 1995, the church at which this lamp standard is situated was built circa 1880/1. The decorative, cast-iron lamp standard is a later addition though it is included in the listing description. The box base provides a war memorial to boys brigade members lost in World War I (1914-18). The lamp may, therefore, date from the early 1920s. Scottishironwork.org suggests that this lamp dates from 1919 and may have been moved to this location when two separate churches were amalgamated. It also attributes it (from design style) to Walter Mac Farlane Co. of the Saracen Foundry, Glasgow. 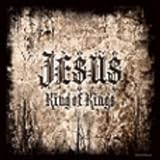 "St. Andrews Episcopal Church, originally named Trinity Memorial Church, was designed in the Gothic style in 1909 by architect Ralph Adams Cram. It is a small L-shaped structure built of brick with limestone lintels and a slate roof. The exterior is ornamented with wooden Gothic tracery on the windows and porches. Saint Andrews became famous as a teaching center for churches throughout the country and many ceremonial practices which were introduced there."–Description from the Colorado Historical Society Website. Image by wallyg
St. Andrew’s Church was consecrated in 1939, replacing an earlier church, named Carroll Hall, built in 1842. Just before the Civil War when the City Hall area became the center of the printing and newspaper industry, the church recevied special dispensation to say a "Printer’s Mass"at 2:30 A.M. for the night shift of newsmen and printers. It later became the first parish church to offer noon mass for the growing number of businessman in the area. The Latin phrase in the frieze means "Blessed are those who walk in the law of the Lord."