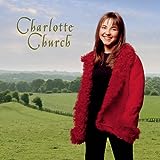 To judge by the impassioned responses to her debut album Voice of an Angel, Charlotte Church has already set extraordinary expectations for any follow-up. After all, the vocal phenomenon from Cardiff, Wales, took up a place in The Guinness Book of Records as the youngest artist ever–at the tender age of 12–to have an album attaining No. 1 status on the classical charts. This self-titled second release will continue to delight the highly gifted singer’s legions of fans, and also contains some surprises for them. Church here tries out classical repertory with Puccini’s “O mio babbino caro” and the “Jewel Song”–her pure and high-flying voice showing an amazing agility. There is great warmth in a couple of sacred songs, as well as the traditional Irish “She Moved Through the Fair.” Church’s vocal color–almost like a boy soprano at times–brings something unique to Gershwin’s “Summertime,” while the first track–Danny Beckerman’s Hallmark-ish “Just Wave Hello”–seems destined to become part of the music you can’t avoid associating with the turn of the millennium. –Sarah Chin